Day one – Travelling to London

I’ve been told once or twice, that I’m a bit loud.  My sister Terri (who has also been told the same thing) and I, have been chastised by members of the public in various locations when we’ve been together.  This has included a movie theatre (whilst the ads were playing – “shut up you stupid bitch!”), the Eurostar (during school holidays – “you girls are worse than the kids!”), every family Christmas event I can remember (“quieten down girls – people think you’re talking about them!” – and we were) and most recently, on my balcony in Yokohama whilst chatting over Facetime (a head pops round the corner and… “neighbour!”). 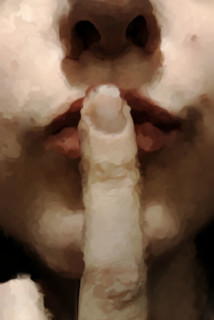 Yesterday, I wasn’t with my sister.  I was instead sitting in cattle class on British Airways flight number 8 from Tokyo on my way to London.  It is a 12½ hour flight and I was looking forward to watching at least four movies.  As soon as I settled in to my seat, I got out my noise cancelling headphones and plugged in.  There was an enormous amount of crackling coming through the headphones and I noticed that using the supplied set didn’t resolve it either.  I called over the air steward and explained the situation.  He promptly found me a new seat in the emergency row.  This was a little upgrade as people normally have to pay about £50 for the privilege.  It is the cheapest upgrade you can get!

There were three seats together and I was put in the middle one.  I had a Japanese lady to my left and a Brit bloke to my right.  I began chatting with the bloke.  I was so happy to be able to talk to a stranger!  It is something that I miss a lot living in Yokohama – random conversations with people you’ll never meet again.  He turned out to be a bit of a ‘Harry-have-a-chat’ so we were talking a lot.  After a few minutes, the lady on my left asked if I could swap seats with ‘Harry’ because she couldn’t listen to me for twelve hours!

I was actually very taken aback because I wasn’t laughing which is what usually pushes people over the edge and I didn’t think I was talking any louder than my companion.  He was also quite shocked.  In the end, I politely refused to move.  She said that people normally pay for these seats and I counted that that was for the extra leg room and not for a cone of silence.

Harry and I did continue talking but we both made an effort to be extra quiet.  This meant that I had to keep repeating myself a lot because I think he was a bit deaf.  And not too much later, the lady discovered her earphones and apologised to me saying that she forgot she had them.  If I was sitting next to my sister, I’m sure it wouldn’t have ended so amicably!