Near enough is good enough in Niseko 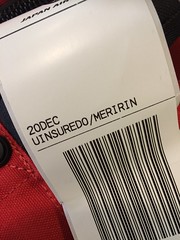 One thing about travelling in Japan I’m always a little apprehensive about is the shared bath situation otherwise known as the onsen. 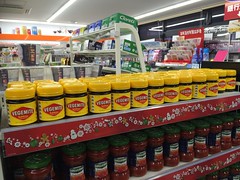 Vegemite is in demand in Niseko!

Today I arrived in Niseko.  The town is teaming with Aussies and foreigners in general, just as I expected.  I went to book lessons at the English ski school only to discover they were almost booked out.  The queue at the local shop to pay for your vegemite was around the block.

But at my little, no-frills, Japanese style guesthouse – I am the only guest!  Private bathing guaranteed!

No-frills and no worries in Niseko

My accommodation takes basic to a new level.  The room is an empty tatami room.  I have two wafer thin futons that I have double stacked but I can still feel my hip bones grind on the floor every time I turn over.  They have supplied me with an abundance of pillows however, most of which I have fashioned into a chair so I can watch a movie on my computer in the evening.

On my first night, I discovered that I wasn’t supplied a towel in the room and I didn’t pack one either.  (I can feel my mother’s groan as she reads this!)  I contemplated the drip dry but it is way too cold here for that.  I had to beg a towel from the owner and he said that because I was staying so long he would let me have one!  Phew! 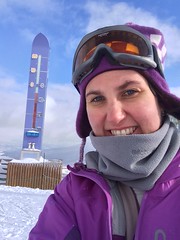 Great weather so far. Hoping for some powder on my last day!

Yesterday I had a half day lesson and it was great.  The instructor said I should try the level up the next day so when I went to my lesson today, I explained this to the instructor for level 6 but he didn’t seem too keen in taking me.  In the end I stayed with the level 5 group but I pushed for the instructor to take us off piste and to do a couple of blacks as well.  The two other students weren’t that keen with this and after lunch they decided not to come back.

That meant I had a private lesson that afternoon for no extra money and it was great.  The instructor took me to do more off piste and a big long black too.  It was so much fun!  Can’t wait to scare some people off my lesson tomorrow!  😛

Update – another private lesson in the afternoon today with more off piste tree runs.  Super cool!

No wine in Niseko

I’m still on my alcohol free kick that I’ve managed to sustain since September.  Originally, I had decided to stay on the wagon until Christmas when I would re-evaluate the situation.  I was explaining this to the bar tender last night over my glass of water (straight up, no ice) and some edamame.  He turned out to be a Perth boy and he was both shocked an appalled at my sobriety.  He said if I came back at Christmas he would buy me my wine!

Now I’m really torn because I had almost decided not to break my sobriety after all and push on through to January when I’ve booked the Robot Restaurant for Jazz and co.  But it is free wine we are talking about here!

After attempting to ski off a ridge amongst the trees and stacking it at the base, I struggled to my feet and my instructor began to laugh.  He said, “If you want to know how hard you fell, take a look at the size of the hole you made!”

I turned and looked at the ginormous, arse-shaped dent in the snow.  I laughed with him but I died a little inside!

It is time to head back to Yokohama and start recovering ready for my next ski trip in a week’s time.  This time I will be skiing closer to home in Shigakogen with team ‘Over-the-Hilbournes’!  This is a Japanese resort so it will be goodbye to Perth bar tenders and flat whites in the the cafes and hello eating in the hotel because there are no other options, anywhere!  I may get a onesie to blend in better amongst the locals as well!  Goodbye Niseko! 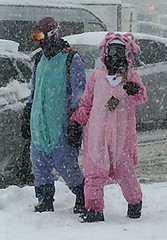 These outfits are for all occasions – skiing by day and sleeping at night.

All images are by merilynw and shared on Flickr (CC BY-NC-SA 2.0)