One thing that has been troubling me since driving in Ireland is the speed limits. In Australia the speed limit is determined by the maximum speed you can do on that stretch of road safely. This depends on a number of factors such as the width of the road, it’s condition, the surface, the sharpness of the bends if any etc.

Today I was driving through the Killarney National Park on my way down to do the Ring of Kerry route. The speed limit was continually posted at 100 km/hr. I felt a pressure to try and do this speed as in Australia that is certainly the expectation but there was no way that I could. Through the park, I barely left third gear it was so bendy and narrow! So, why bother making the speed limit 100 km/hr when you can barely do 60 without endangering yourself and the numerous cyclists you’re sharing the tiny, slither of a road with!

The bendiness didn’t abate when I hit the Ring of Kerry. It was a good job I was driving because otherwise I would have been puking. The views made up for it though.  Here are some of the best shots from today.  Spectacular! 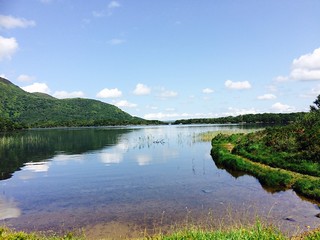 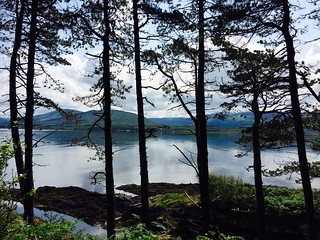 Panorama of the Ring of Kerry

And tonight I am relaxing in a pub where I have a room for the night in Lisdoonvarna listening to live Irish music whilst drinking my sauvignon blanc!

All photos taken by MerilynW and shared on Flickr (CC BY-NC-SA 2.0)

3 comments on “The Long and Winding Road”