Bit confused at first on my way to Swansea.  The train announced that we had arrived at Abertawe/Swansea.  I thought this must be a suburb of Swansea so I went up to the information man at the Abertawe/Swansea station and asked how to get to the main station.

I was already there.  Abertawe is just Welsh for Swansea and I felt a bit of a drip.

Back to a little bit of Japan in Wales and a fab afternoon and evening with Mako and Kiyo.  Mako and Kiyo were my neighbours in Yokohama for the first year I was there until they heartlessly abandoned me for a much bigger house and an endless supply of prawn cocktail flavoured crisps in Swansea. 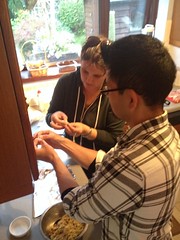 The sensei and his student! 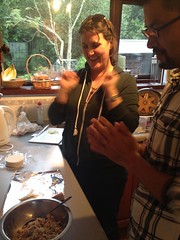 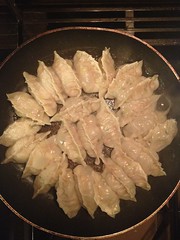