Day Ten – Back to London

My birthday eve and Kim and I cleaned up Smuggler’s Cove ready for an onslaught of guests the following day.  Then we headed back to New Eltham and Zac’s school fete.  I had a delicious Pimm’s and Lemonade and was put in charge of ‘queue control’ for Vicky’s face painting stall.  Vicky painted about fifteen Frozen related faces (including a sweet boy who insisted on being Anna) and a fox that had to be downgraded to a Ninja Turtle.

Afterwards, we drove up for dinner with Kim’s family in a fancy house.  We arrived just as dinner was being served so we timed it perfectly.  Some of Kim’s Hungarian relatives were there and one of them was more comfortable in German than English so I tried to talk with him.  I had a bit of language confusion and a couple of times used German, Japanese and English words all in the same sentence.  The problem seemed to resolve itself though as the evening progressed and the Pàlinka (Hungarian firewater) hit the table.  One shot and I was fluent.  Can’t remember which language though!

Day Eleven – Back in Seasalter 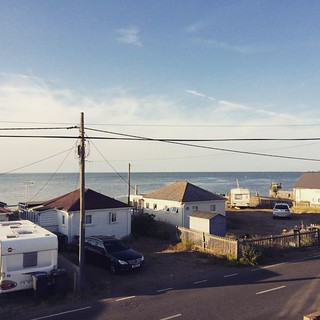 View of the sea from the lounge at Smuggler’s Cove. 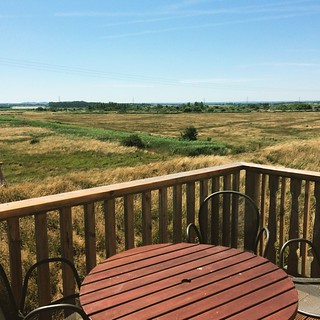 View of the countryside from the balcony off the kitchen at Smuggler’s Cove.

After cleaning up from the night before and having a cooked breakfast, everyone headed back down to Smuggler’s Cove for some relaxation.  The holiday let that Kim and Vicky have is very comfortable with terrific views.  It sleeps 7+ and there is a huge deck and two balconies.  You can easily walk into Whitstable in about forty minutes or get lost running along the seawall, also in about forty minutes.

I got multiple cakes, lovely pressies, cream decorated with my name and a hiding at connect four by a seven year old.  I also got to watch the Eagle’s thrash Adelaide with a real football fan and a confused Hungarian!  All in all, it was a wonderful birthday! 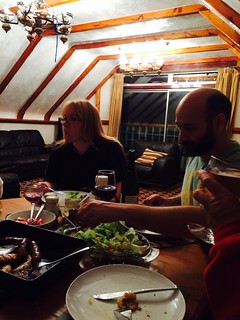 Dinner at Smuggler’s Cove – thanks Kim and Vicky! 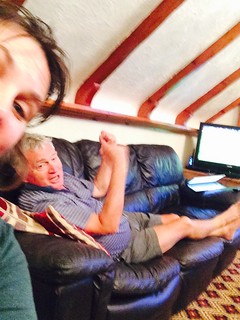 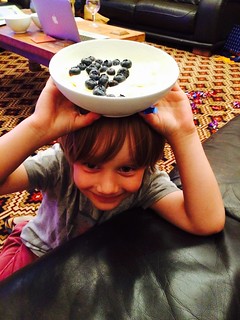 My name in blueberries – somehow!

Day Twelve – Belfast (well a bit outside it actually)

Picked up my hire car at the airport, keyed into the sat nav my B&B and headed to the motorway.  I’ve got ten days travelling around Ireland from Belfast to Dublin.  A sign on the motorway told me it would take 80 minutes to reach Dublin.  So am now wondering what I’m going to do for the other nine days and 22 hours.

4 comments on “My Birthday Weekend”