First day in the Emerald Isle and I decided to drive to the Giant’s Causeway.  The hour and a half journey became considerably longer though as I had to negotiate all the 12th of July marches that were occurring on the 13th of July. 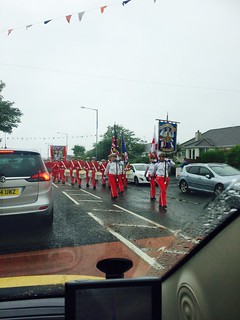 I had planned to get lunch on the way but as it is a public holiday, everything was shut.  I ended up buying the only vegetarian option on the menu at a chip van.  You guessed it – chips!

I have come totally unprepared for the weather and I don’t have any rain gear.  I could get away with that in London but I don’t think I’m going to get away with it here.  So after traipsing all over the rocks in the rain, I got back to the visitors centre and decided to buy a ‘mac in a sac’ since the next sight I am going to visit tomorrow is also outdoors.   In the end, I spent a couple of hours at the Giant’s Causeway and after considerable reflection, I wrote in the visitors book simply “wet but worth it”. 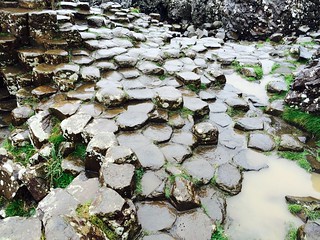 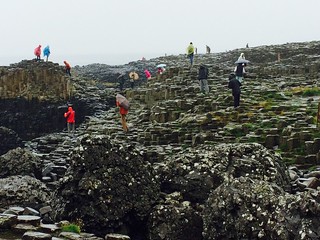 Wet people on the wet rocks 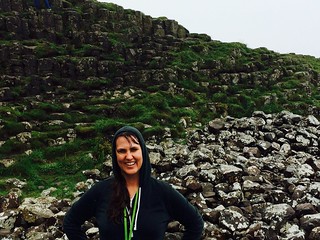 Wet Merilyn on the wet rocks!

As I was writing this, I spilt my tea all over my only pair of jeans for the trip. The tea was the other thing today that was “wet but worth it” and now I am too!

6 comments on “Wet but Worth It”